1. What type of correlation is expected between heights and weights of students?

3. Ordinal utility analysis was developed by:

4. X and Y are complementary goods. When the price of X rises, demand for Y.

6. Different forms of market are distinguish on the basis of:

(b) Ease of entry and exit of firms.

(a) Add subsidies to and subtract indirect taxes from domestic product at Factor cost.

(b) Add indirect taxes to and subtract subsidies from Domestic Product at Factor cost.

(c) Add both subsidies and indirect taxes from Domestic Product at Factor cost.

8. Transportation of product is a part of:

(c) Less than one but greater than Zero.

(d) Greater than one.

10. Borrowings by government is:

Ans.:- The following are the differences between median and mode:-

Ans.:- Microeconomics is the study of individuals, households and firms’ behaviour in decision making and allocation of resources. It generally applies to markets of goods and services and deals with individual and economic issues.

Example of microeconomics – the study of how individual or individual businesses allocate resources.

13. State any three assumptions on the basis of which production possibilities are demanded.         3

Ans.:- Three assumptions n the basis of which production possibilities are demanded are:-

1) Only two goods X (consumer goods) and Y (capital good) are produced in different proportions in the economy.

2) The same resources can be used to produce either or both of the two gods and can be shifted freely between them.

3) The supplies of factors are fixed.

Ans.:- Interdependence between the firms:- It is one of the most important feature of an Oligopoly market, wherein, the seller has to be cautious with respect to any action taken by the completing firms. Since there are few sellers in the market, if any firm makes the change in the price or promotional scheme, all other firms in the industry have to comply with it, to remain in the competition.

Thus very firm remains alert to the actions of others and plan their counterattack beforehand, to escape the turmoil. Hence, there is a complete interdependence among the sellers with respect to their price-output policies.

Ans.:- In economics, an excess supply or economic surplus is a situation in which the quantity of a good or service supplied is more than the quantity demanded, and the price is above the equilibrium level determined by supply and demand. That is, the quantity of the product that producers wish to sell exceeds the quantity that potential buyers are willing to buy at prevailing price.

Ans.:- The remuneration of the self-employed is treated as mixed income. It is defined as the income that is received, over a given reference period, by individuals, for themselves or in respect of their family members, as a result of their current or former involvement in self-employment jobs.

For purposes of measurement of income related to self-employment, the self-employed are primarily the sole owners, or joint owners, of the unincorporated household enterprises in which they work, according to the definition provided in the system of National Accounts.

17. Calculate Marginal propensity to consume from the following

Ans.:- The average propensity to consume (APC) expresses the percentage of income consumed at any given level of income. In other words, it’s the amount of income on goods and services.

The average propensity to save (APS) is an economic term that refer to the proportion of income that is saved rather than spent on goods and services. Also known as the savings ratio, it is usually expressed as a percentage of total household disposable income.

Relation between APC and APS

The graphs show that autonomous investment remains independent of the level of income and profit and hence is parallel to the X axis. It does not mean that induced investment does not change at all; it can be increased or decreased at the individual’s disposal. In such a case, the investment curve 1-1 either shifts upwards or downwards.

The MPP curve is the measure of the change in output per unit of input. Mathematically, it is obtained b plotting the derivative of each point on the total product curve (slope of the tangent line to the curve at each point). This is why the MPP hits the horizontal axis at the peak of the total production curve (because the tangent line at the peak has a slope of 0).

24. Calculate the personal income from the following:

Ans.:- “Lack of common unit of measurement”- In barter, there is no common measure (unit) of value. Even if buyer and seller of each other commodity happen to meet, the problem arises in what proportion the two goods are to be exchanged. Each article must have as many different values as there are other articles for which it is to be exchanged.

When thousands of articles are produced and exchanged, there will be unlimited number of exchange ratios. Absence of a common denominator in order to express exchange ratios creates many difficulties. Money obviates these difficulties and cats as a convenient unit of value and account. For example you need sugar in exchange of wheat it is so difficult to measure that what quantity of sugar you get in what quantity of wheat and so on.

If the central bank wishes to reduce the volume of credit, it sells securities to the public, for which it receives payment either in cash from the public (in which case the quantity of money with the public to that extent is reduced) or it may receive payments by cheques drawn on the commercial banks, in which case the cash held by these banks with the central bank is reduced, and to that extent, commercial banks are compelled to reduce the volume credit. 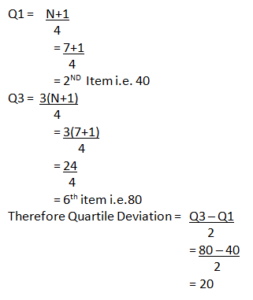 29. Explain how the following affect the price elasticity of demand of a good?

Ans.:- The following are the difference between Private costs and social costs:-

The difference between these two is that private costs are only one part of overall social costs. Social costs take into account not only private costs, but also the externalities that come as a result of a given economic decision.

Social costs also include the externalities of driving my car. When I drive my car, it contributes to some extent to polluting the atmosphere. I do not directly pay for this, but it affects society. When I drive my car, I contribute to traffic congestion. Again, I do not pay for this, but i have at least a marginal effect on many other people who are also stuck in congestion, wasting their time.

Social costs are a category that includes both the more tangible private costs and the external costs of any given economic activity.

32. Calculate Net National Product at Factor cost from the following: